When Alan Bishop becomes obsessed with something, he often goes to great lengths (and travels great distances) to turn that obsession into an essential artifact. Such is the case with his latest group’s Sub Pop debut, Koes Barat, a sincere, gripping tribute to a band of Indonesian brothers—the Koeswoyos—whose instantly catchy garage-rock songs and ridiculously charming ballads caused a sensation in their homeland, Singapore, and Malaysia. They also made their government very uneasy: Basing your look on Western musicians and covering Beatles songs were considered subversive activities in mid-’60s Indonesia.

Back in 2010, Sun City Girls legend Bishop asserted his fandom of Koes Bersaudara (aka Koes Plus) with two archival releases of their music on his and Hisham Mayet’s Sublime Frequencies label. But that noble gesture wasn’t enough to sate Bishop’s appreciation of this music that flourished from the mid ’60s to 1970. He also felt an overwhelming urge to interpret what he felt to be the best Koes tunes. Download psp games for psp. To that end, he enlisted some of his favorite musicians in the Spoils—guitarist Milky Burgess, drummer Don McGreevy, and bassist Jim Davis—all of whom also play or played with Seattle ethnodelic shapeshifters Master Musicians Of Bukkake. All were eager to tackle these durable, desirable compositions and super-producer Randall Dunn (Sunn O))), Marisa Nadler) worked the boards. Koes Barat was cut in less than a week of sessions, and the results hit your ears with a revelatory smack. It is the most immediate and, forgive the loaded word, fun collection that the prolific Bishop has ever auteured.

“This was an informal project for me,” Bishop says. “I just wanted to do it without thinking of it as an album… I brought rough mixes of the songs to Jakarta and played them on various radio stations and then I played them for Koes Plus. All my Indonesian friends were very supportive (laughing/charmed by my ‘creative’ pronunciation of the Bahasa lyrics), even the Koeswoyos were amazed how vintage the production sounded.”

Koes Barat starts with the startling “Kelelewar (The Bats),” a raucous, rampaging garage-rock anthem with cowbell and Bishop wailing in emphatic John Lydon-goes-to-Bali mode. Another highlight is “Pent Juri Hati (Heart Stealer),” which rages with the fuzzed-out orneriness of the Monks’ “I Hate You.” The psychedelic guitar freakout near the end feels like being hit with liquid LSD by a Super Soaker. By contrast, “Kisah Sedih Di Hari Minggu (Sunday Sad Story)” is a beautiful, sentimental ballad with a moving, muted-orange organ drone, and shaken up by passages of quirky, prog-rock time signatures and non-Western tonalities.

Discussing his backing band, Bishop observes, “We all get along so well and the trio has the ability to effortlessly jump in that time machine and land in 1967, 1969, or 1971. Truly, they do it as well as anyone I’ve ever seen. A lot of musicians think it’s pretty easy to do, but it’s not. It has to be effortless and natural. And Randall’s engineering is superb on this; not sure if anyone else could have done it as well.” 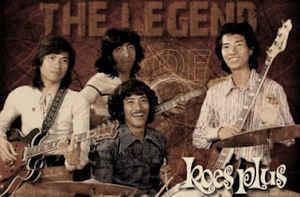 As Bishop is one of the most worldly musicians working today, a man with extremely far-ranging and refined taste, one may wonder why he decided to devote so much creative energy to Koes Bersaudara, of all bands. “I was seduced by their sound and developed a total obsession with the band, their history, and their music, finding the time in Indonesia over the years to further that obsession amidst all the other projects I was working on there.

“It’s difficult to explain,” Bishop continues, “but I’m certainly not the only one—there are many millions of fans in Indonesia. I spend the same amount of time or more with many other musical entities I am obsessed with; it’s a way of life and I suppose I have the capacity to be obsessed with many things.”

Bishop’s initial impression upon listening to Koes Bersaudara/Koes Plus occurred in 1989; hearing the gorgeous, swayingly wistful “Hidup Yang Sepi” (included on Koes Barat) “completely destroyed me. Yeah, it’s a ballad (I love ballads), but there was something about the voices, harmonies, and arrangement that made it impossible to forget. Upon investigating their music over the years, I realized there was so much more. There was the beauty of the melodies they write—simple yet clever—and their mid to late-’60s garage and psych tracks, more great ballads, their two ‘Hard Beat’ records from the mid-’70s, their Indonesian-styled albums (Pop Melayu/Keroncong/ Qasidah/Pop Jawa/Instrumentalia), the diversity of their ideas and relentless recording of albums during their most inspired period from the early 1960s through the late ’70s.”

Bishop’s Koes infatuation intensified in 2006 when he attended one of their live shows and joined the Koes Plus fan club of Indonesia—a first for him. He collected all the music, and began hitting Koes Plus cover band shows in several cities in Java. Bishop estimates that over 60 such bands exist on the island of Java alone.

While Bishop admires and is inspired by the Koeswoyo brothers’ courage to make this kind of “forbidden” music while in the grip of an oppressive government, he ultimately returns to the band’s “amazing songs, their longevity in continuing to challenge themselves to continue producing/recording album after album over decades. But it all comes back to the melodies and group harmonies… it’s what makes the Beatles, early Bee Gees, and the Kinks songs so powerful. And Tonny Koeswoyo (and eventually Yon, Yok, and Murry) tapped into that elusive ability to write great pop songs with a unique, identifiable style that are timeless. And of course there are many, many more than are included on this record.”

What does Bishop think 21st-century listeners can gain from this music? “I think this music stands the test of time. Their Indonesian fan base turns over from generation to generation, always increasing in number. They are perhaps the most popular and recognizable Indonesian music group of all time. Whatever can be learned or gained from this music is not my concern. People either get it or they don’t. I love them to death and if this album can turn more people on to the Koes Bersaudara/Koes Plus legacy, even better.” —Dave Segal

Nana Lee (born January 29, 1985) is an Indonesian singer, songwriter, musician, saxophonist and actress. She is best known for taking part in Super IdolTaiwan.[1] 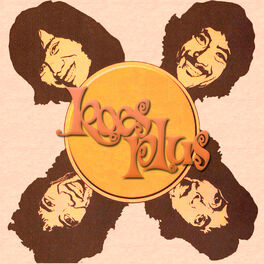 Born in Jakarta, Nana Lee became interested in music and acting at an early age. She performed in amateur theatre productions and landed minor roles on various television shows during her high school years. Her singing career started in 2003. In a November 2009 interview, Lee indicated her music is primary influenced by Jazz, Pop, R&B and Oriential songs. She performs regularly at festivals and jazz clubs and on national TV in Indonesia and Taiwan.[2]

In 2009, Lee released her debut album Be+Positive and followed it a year later with Women in love in cooperation with famed music arranger Idang Rasjidi. In 2011, she launched her third album, Tribute to Koes Plus in Bossanova, which outperformed the success of its predecessors. Lee received nationwide publicity by taking part in the 2013 Super Idol Taiwan. In 2014, she released the indie album Positivity.[3]

Nana Lee made her debut in Europe in January 2014. She represented Indonesia at the Indonesian Night of the World Economic Forum at its annual meeting in Davos, Switzerland. In the same year, she wrote and recorded Go Indonesia, which is used by Indonesia's first English TV channel The Indonesia Channel (TIC) as its theme song.[4]