The game's battle elements borrowed from Shadow Hearts and the Star Ocean series. Up to three characters may move around the battlefield in real time. The player can only control one character at a time and can only attack after the character fills its 'leadership meter' by remaining still. Once filled, the character can initiate an attack by performing a series of three timed button presses (known as the 'trinity ring'). If the attack is unsuccessful, the leadership meter empties, and the player must wait for it to refill again.

The three modes of combat that are uniquely embedded are 'standard', 'combo' and 'counter'. The standard mode is excellent for offensive and defensive attacks. By perfecting the timing of the buttons, characters will learn stronger attacks. Combo attacks lack defense but are generally used to create powerful offensive attacks by combining all attacks in one turn. The counter mode does what its name implies; not only is the user able to block, but also attack by predicting their enemies' attacks. Players using this mode do not exhaust their leadership meter. Characters may attack with various combat 'styles' learned in the game, which use different chi (energy) types to increase their utility. There are eight different types of chi present in all areas, but in different exhaustible quantities.

The game takes place in the land of Efferia, where a seemingly endless war has raged between the continent's two species: Humans and Yason. Humans and Yason are similar in appearance, but Yason have lighter skin and differently shaped ears. The protagonist of the game, Calintz, is a high-ranking leader of the Tears of Blood, a mercenary squad hired out by the Human Alliance to deal with problems they cannot, or will not, touch. Since the group is not part of the official army, the mercs are disliked by the Alliance soldiers. The core group also consists of Azel, a youthful sword wielder who looks up to Calintz, Eonis, a powerful mage, and Haren, a martial artist. Save for Azel, all group members have a heavy grudge against the Yason for the deaths of friends and family. The Blast Worms, highly skilled Yason soldiers, are led by the Four Warriors, an elite group who wields great power and magic.

When the Alliance's use of the 'forbidden magic' fails, Calintz stops an assault by one of the Four Warriors' summoned familiars. After destroying a bridge to prevent enemy advancement, he finds himself in a cavern being healed by an unfamiliar woman. Because she suffers from amnesia, all she remembers is her name, Reith, and that she can use very powerful healing magic. Eventually, they find their way out of the cave and, as a show of thanks for saving him, Calintz offers to take her to Amabat, a city of high-ranking and powerful priestesses, thinking her to be one of them. As the story progresses, Reith, as well as the Tears of Blood and Blast Worms, learn that she is a much more important piece of the puzzle than anyone had realized. When she begins to regain her memories, Reith, who is also Queen Amila, begins her mission to find the traitor of the Yason as well as the mastermind behind the plot of resurrecting the Light of Salvation. This is where the dark truths behind the war begin to unravel where Agreian, the General of the Human Alliance, turns out to be the mastermind (or known as 'Neikan') for reviving the Light of Salvation as well as prolonging the war between the Yason and Humans. Will Calintz and the rest of the Tears of Blood be able to stop Agreian for good?

The game received 'average' reviews according to the review aggregation website Metacritic.[2]GameSpot claimed that the 'well-developed cast of characters keeps the story interesting' but its 'extremely linear campaign feels restrictive at times.'[9]Powervu softcam. IGN's review stated that 'the poorly-executed battle system .. runs into too many problems for its own good.'[12] They heavily criticized the game's English voice acting and called it 'Ill-timed, badly-acted, and poorly cast.'[12] In Japan, Famitsu gave it a score of 32 out of 40 for the PlayStation 2 version,[6] and one eight and three sevens for the PSP version.[7] 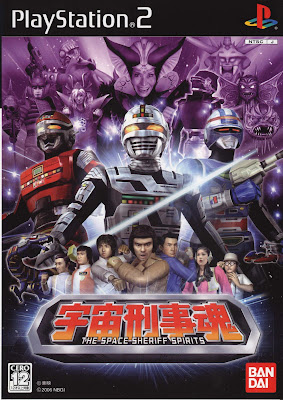 January 23, 2006 - Magna Carta: Tears of Blood offers some new twists on an old formula. Combining all of the best, or classic, RPG elements into one title, Tears of Blood manages to project its own identity instead of appearing like a RPG Frankenstein. But it's not totally original and gets tripped up trying to disguise that fact with an overly complex battle system as well as some superfluous elements that pad the gameplay and dilute the story.

RPGs are becoming like designer fashions and perfumes where the slightest variation seems to give rise to promotional campaigns that tout the product as nothing less than the second-coming. Some RPGs have a turn-based battle system while others favor real-time combat. One comes along and combines them both and when it becomes successful, it encourages other developers to include it in their game. Then to appear unique, they have to change something else in turn. And that seems to be the problem, the developers are just changing things for the sake of change.

Efferia is a beautiful land that is in turmoil. It's been embroiled in a war between humans and the evil Queen Amila who leads the equally aggressive race known as the Yason. Towns and cities have been destroyed and many humans have been killed. The survivors have had many parents, relatives and friends slain at the hands of the Yason and have formed the Tears of Blood, an organization determined to exact revenge and put an end to the war. Calintz is the leader of the Tears of Blood and he's the star of this show. He's a dude that looks like a lady.

The characters do tend to look a little effeminate. Even the supposed hard-bodied males tend to look well-rounded and curved. There are a lot of soft pastel colors intertwined with swatches of flowing material accessorizing said bodies. At least the girls look like girls with not one under a D cup.

To maintain a deeper sense of connectivity to the party, there is a trust and mistrust feature that is incorporated into the conversations and your actions. Depending on your response or actions towards other members of your party, they will either grow closer to you or further away. If you are friendly, generous and honest, you will gain trust from your party members. You can even give them a gift from your inventory as a friendly gesture. Having good relations with your party will increase your effectiveness in decisions and battles. On the other hand, if you're a bit of an ass, you're going to have a more difficult time leading your party as they will be suspicious of your intentions.

Battle are turn-based but utilize a timed, button code system to make the combat system feel more like an action hybrid. This 'mixing in' of the action gives you something to do during battles but it's not one of my favorite features. When you come within striking distance of an enemy, a three-button code will appear. If you manage to get the timing of the face buttons down quickly enough you will open a window to unleash powerful magic and Chi skill attacks. Standard, Combo and Counter are the three main combat styles. In order to get a great rating and earn the most experience points you are once again forced to use all three styles in battle. The Combo is where most of the button mashing takes place and counters help to turn the tables on your enemy's attack and send it back to them.

Successful attacks will fill up your Trinity Drive attack meter that doubles your destruction capabilities. But miss the button combo code and you'll be in for a lot of punishment. Not only will you miss your turn but the enemy will gain an initiative bonus. All of this makes for a lot of arbitrary and needless rules that only make things more complicated than need be. And I don't like the 'dial-an-attack' button combo system. It makes it seem like you're making a call to the police to help you or playing a Simon-Says mini-game.

You can only control one character at a time but you can switch to different ones. The AI doesn't baby-sit them for you. You have to wait until your turn is over and that can take a while if there is more than one enemy.

There are two ways to get around in this world. One is slow and other is fast. Before you decide to take life in the fast lane there are drawbacks you should note. If you choose fast, you will be unable to spot enemies until it's too late and you run right into them. Conversely if you chose to go slow, you will move about with sword drawn prepared to sneak up on any enemy. The downside to this is that the gameplay is seriously slowed down. It's a good option if you're not leveled-up enough and you can't risk taking hits in a fight but it's not the way to go through the entire game.

Tears of Blood suffers from atrocious voiceacting. This is some of the worst I've ever encountered. Maybe because there is so much of it. It drives me nuts. The storyline is very generic but the developers have thrown in so many twists and turns that it comes across as a sloppy mess that's hard to keep track of. They throw so many names and places and rules at you in the first half-hour that it's like cramming for a history test. There is an awful lot of dialog and it all hurts to listen to.

It's weird that a game that sounds so bad could be so easy on the eyes. The characters are bland anime art but the backgrounds and environments are lush and nicely detailed. Although the locations are traditional RPG fare such as magical kingdoms, floating cities and enchanted forests, they do take on a unique look and feel. It's not difficult to imagine that these areas were, or are, inhabited. The dungeons are filled with goodies. It's like Christmas morning at the Gates' household. The monster models are highly imaginative and animate well, as does the rest of the characters.

It can take a long time to get used to the combat system. It's complicated to be sure but if you find that you don't like it, you're still faced with another 40-hours of gameplay. Proceed with caution.